As a college student who is studying to become a teacher (and someone who is striving to change America's educational system), this quote really hits home. 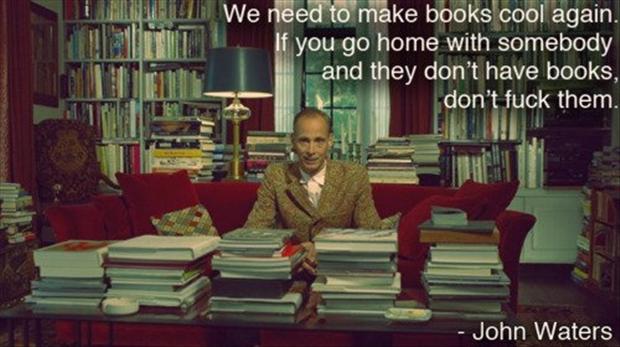 This quote comes from his interview with James Lipton on the 200th episode of Inside the Actor's Studio . The interview takes place about 6 months after he had returned home, and he was directing him message at the majority of people who still seemed to hold on to the notion that he must “not all there”. He explained that it isnt always the person; some times it's their environment making them sick. Some times a person may just be acting out in response to an overwhelming amount of stress and anxiety from many external factors beyond our control that is causing us to act or think abnormally.

His point is that people should not be so quick to write someone off as crazy just because they behave a little different because they may just be overwhelmed as we all get some times. If you really care about someone who seems tense or strange, talk to them, see whats gong on, and simply be there for them to offer a sense of relief and consolation because guaranteed, if someone needs advice, guidance or just someone to listen and you start calling them psycho, you have just done the worst thing you could do to that person.

Chappele's Show debuted in 2003, and his show soon became one of the most watched programs on Comedy Central. His series was doing so well that he was offered a lucrative contract agreement if he'd commit to two more years of doing skits and parodies for the program. Then, he started to get stressed, and the stress began to take a toll on him. He explained how he was struggling with the demands of all his responsibilities on his own show. Production, writing, scripting, acting, hosting, etc didnt leave much time for sleep and time with family. Initially, he had a lot more creative freedom and authorative position in production, but more people joined the group to get more ratings and he slowly began to lose his creative freedom. It became all about what they wanted even though it was his show.

By the third season, this had built up and he pretty much had an overall dissastifaction towards the direction of the show. He was kind of tense for some time. It only made matters worse when people around him were trying to say he was sick. What he needed was solace, peace, support, love, not to be told he was crazy. He felt like he was deficient in “vitamin love”, Then one day, in mid-2005, he suddenly decided to leave the show and go to Africa for a few weeks. It wasn't until he got away from the environment that he was able to get better. Everyone back home placed him under great scrutiny. Many people began speculating about what would cause a man to walk away from a popular television series and fifty-five million dollars. Naturally, many rumors developed. Some people said that he had just had a little nervous breakdown because he was on drugs, but many people accused him of having a meltdown from the stress of fame and going insane.

“If a person is gay and seeks God and has good will, who am I to judge?” – Pope Francis

Since it is the 11th November today, I thought this is would be a good thing to post.

So this quote is just a part of a much longer one, would anybody be able to help with finding the full quote? I've tried finding it but Google is just flooded with this part of it…